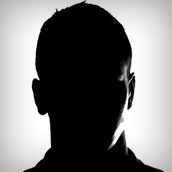 Paul Conway’s career in music started in college where he received a bursary for the creation of the school's first radio station. Simultaneously, he gained valuable experience working for radio stations across the UK. Most of Paul’s career was spent in the in-store and in-flight industries. He has successfully worked with corporate clients worldwide and received a prestigious art award in Spain for an in-flight classical selection. Paul now works for Lime Pictures, a BAFTA-winning production company that provides music for a well-known national television program, and is an important UK promoter who connects new music to the rest of the world.